PRINT ISSN 2065-6602
Holocaust. Studii şi cercetări (Holocaust. Study and Research) is an annual peer-reviewed scientific journal dedicated to the publication of academic and scientific research papers on subjects like Holocaust history, antisemitism, racism, xenophobia, etc. “Elie Wiesel” National Institute for Study of the Holocaust in Romania is editing and publishing the journal since 2009. We accept studies and articles circumscribing the domains of history, sociology, political sciences, education and philosophy.

This journal is indexed in EBSCO and CEEOL; CLARIVATE ANALYTICS: Web of Science Core Collection – Emerging Source Citation Index and is rated by Romanian National Research Council as B category publication.

Holocaust. Studii şi cercetări. (Holocaust. Study and Research) Journal is accepting articles between 9,000 and 12,000 words (including notes and references), edited in Times New Roman, font size 12 and 1.5 lines spacing. The articles can be written in Romanian, English, French or German, yet priority will be given to articles written in English.
Your submission should be accompanied by the following information:

We will accept only original articles for publication.

Please send your study in Word format to office@inshr-ew.ro.

Spelling
Use antisemite, antisemitic. Capitalise North, South, East and West when used globally but use northern, western, south-eastern etc. Use per cent rather than percent or %. Hyphenate ‘post-war’ and ‘post-memory’. We prefer to use the ‘-ize/-ization’ ending for words such as organize, marginalization. Use First World War/Second World War not World War I/II.

Please also note the following points:
1. Hyphenated titles are capitalized in both parts, i.e. Vice-President.
2. For geographical locations, caps are only used if it is a defined geographical area, e.g. South Africa, but western Europe.
3. Brand names are capitalized, but not put in inverted commas.
4. For institutions, use upper case if it is an institution, i.e. the Roman Catholic Church, Parliament, but ‘a church’ (building), parliamentarians. Use upper case for ‘the Church’ and ‘the State’ when describing the institution.
5. Political parties are capitalized, but schools of political thought are not, i.e. the Labour Party, the Conservative government, but communism, fascism, conservatism, socialism (except Nazism, which should be capitalized).

Notes
Bibliographic citations are provided in short notes (footnotes), supplemented by a list of references which includes all works cited in the notes.

Newspaper Articles
In Notes:
Mendelsohn, “But Enough about Me,” New Yorker, January 25, 2010, 68.
In References:
Do not include newspaper articles in References.

Online sources
In Notes:
Widom and Collado, “Help, I’m getting buried in field notes!” A manual for Qualitative Data Management and Analysis, accessed March 24, 2016, http://www.mdrc.org/publications/332/full.pdf.
In References:
Do not include online sources in References.

EDITOR AND EDITORIAL BOARD ARE RESPONSIBLE FOR:
1.Deciding which of the submitted manuscripts are to be published; Decisions to publish are not determined by the policies of the government or any other agencies outside of the journal itself;
2.Evaluating the manuscripts exclusively on the basis of their academic value (relevance, originality, validity, clarity), without regard of the authors’ race, age, gender, religious belief, sexual orientation, ethnicity, citizenship;
3.Offering guidance to authors and reviewers including a description of the peer-review process;
4.Ensuring an unbiased and confidential peer-review process where the identities of both the authors and of the peer-reviewers are protected; the peer-reviewers are not to be affiliated within the same institution as the authors;
5.Taking responsive measures when ethical complains are presented regardless the manuscript is already published or only in the reviewing process;
6.Publishing corrections, clarifications, retractions and/or apologies whenever the case;
7.Editors and the editorial board will not use unpublished information disclosed in a submitted manuscript for their own research purposes without the explicit consent of the author.
8. Making sure that no more than two thirds of the authors published in the journal are from the same institution.

AUTHORS’ RESPONSIBILITIES:
1.Authors need to provide original works. Any work and/or words of other authors must be appropriately credited and referenced;
2.Authors who already published papers on the same topic are expected to include reference to these papers, but at the same time to avoid excessive and inappropriate self-citation;
3.Plagiarism in all its form is considered unethical behavior and is unacceptable; Any suspicion of plagiarism will be investigated by the editorial board;
4.In case of multiple authors, all those who have made significant contributions should be listed as co-authors. Those who participated in certain aspects of the research should be listed as contributors;
5.In case of multiple authors, the corresponding author should ensure that all authors are listed in the manuscript and there is a full consensus of all co-authors over the final form of the manuscript;
6.Authors must disclose any conflict of interests that could jeopardize the objectivity of their research;
7.If the author discovers a significant error or inaccuracy in his published work, he/she has the obligation to promptly notify the journal;

REVIEWERS’ RESPONSIBILITIES:
1.Reviews should be conducted in an objective manner, observations are to be formulated clearly with enough arguments as to be used by the author in order to improve the paper;
2.The manuscripts are to be evaluated exclusively on the basis of their academic value, without regard of the authors’ race, age, gender, religious belief, sexual orientation, ethnicity, citizenship;
3.The manuscripts received for review must be considered confidential documents;
4.Information or ideas obtained through the peer-review process are to be kept confidential and not used for personal benefit;
5.The reviewers should notify the editors of any substantial similarity or overlap between the manuscript under consideration and any other published work of which they have knowledge;
6.Reviewers must report to the editorial board any copyright infringement and/or plagiarism;
7.Reviewers are expected to inform the editorial board of any potential conflict of interest.

THE PUBLISHER IS RESPONSIBLE FOR:
1.Ensuring the autonomy of the editorial decisions;
2.Protecting intellectual and property and copyright;
3.Ensuring the application of the standards described above. 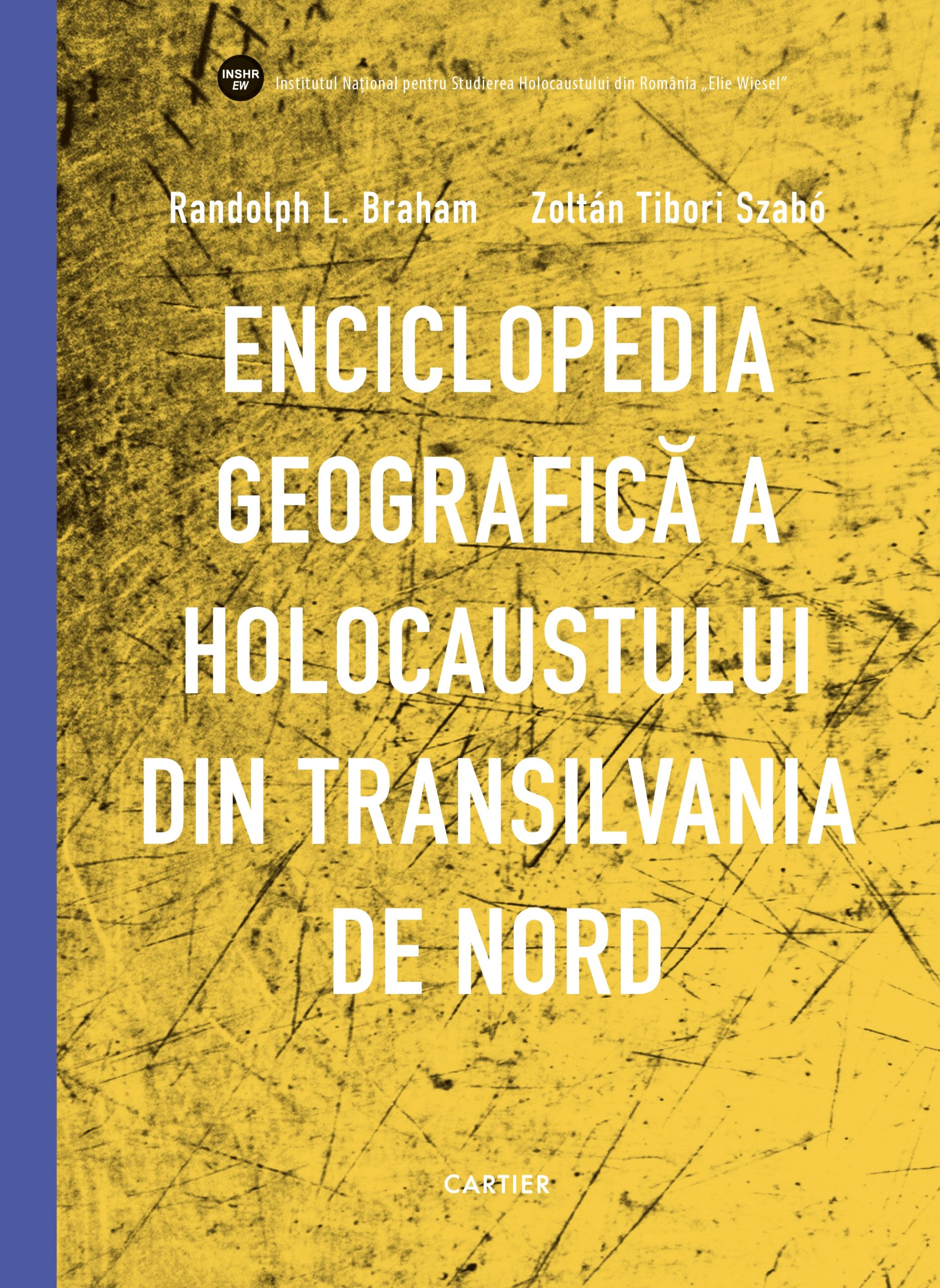 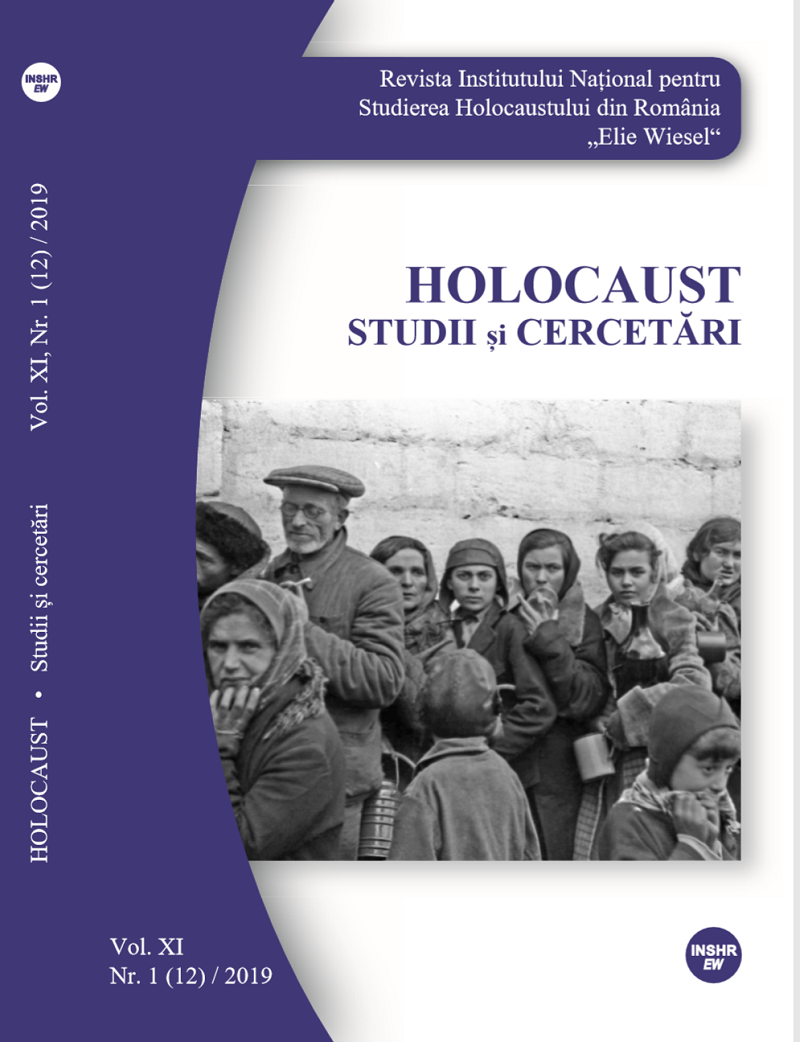 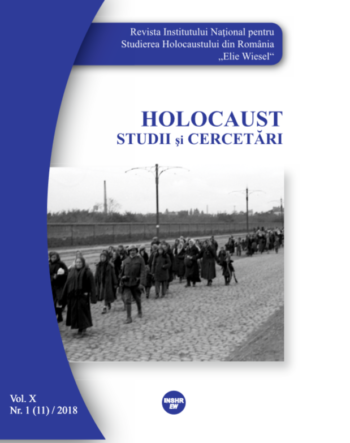 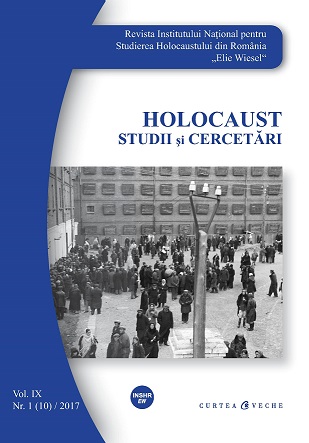 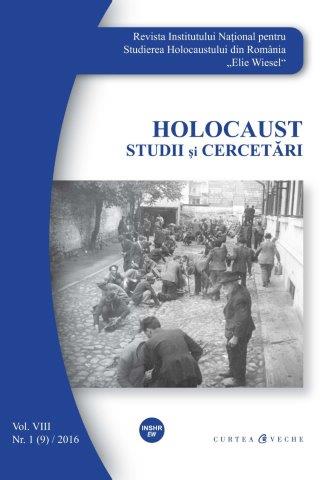 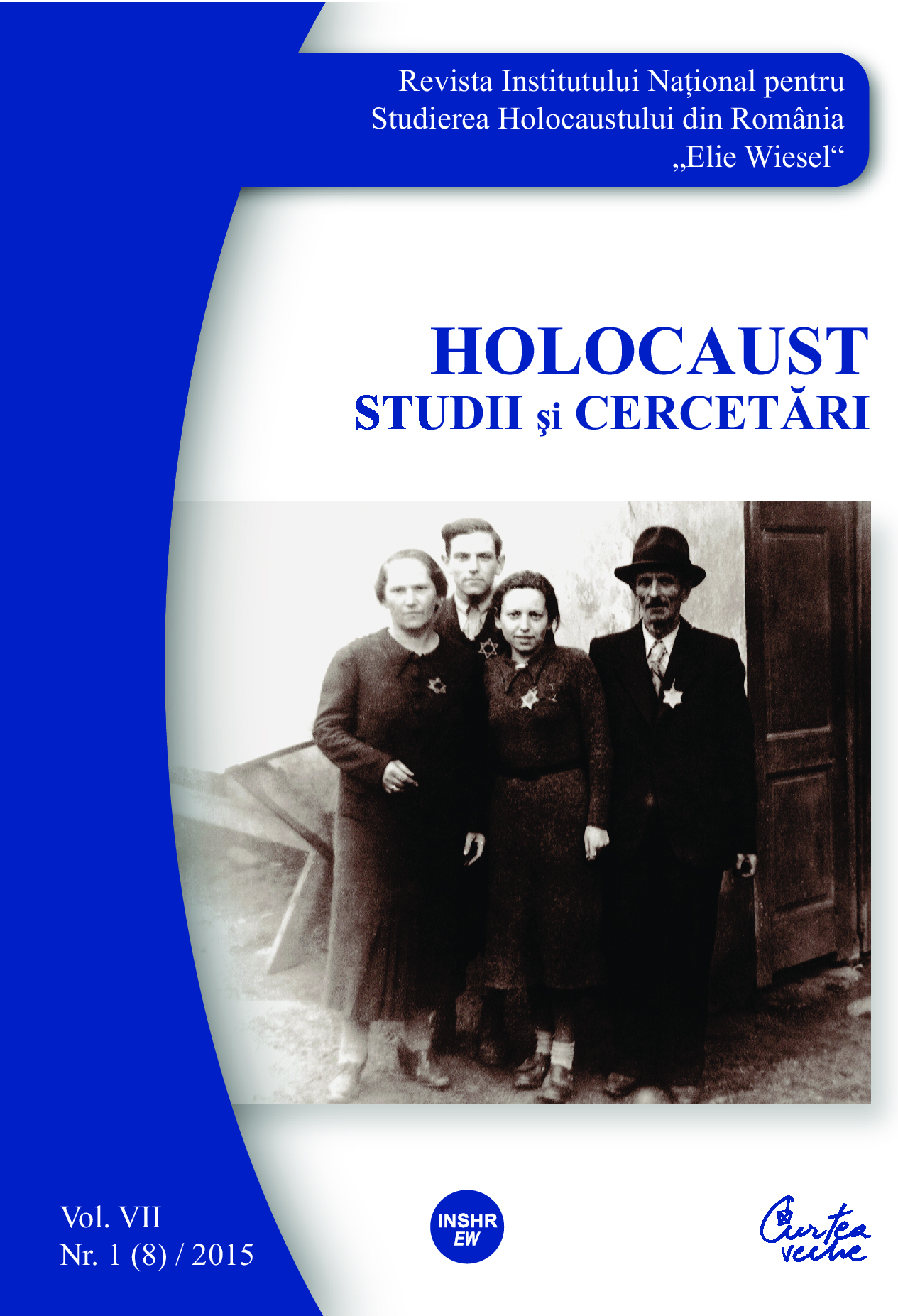 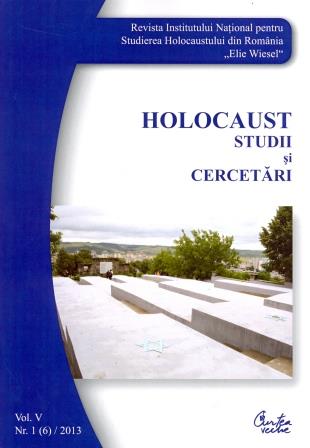 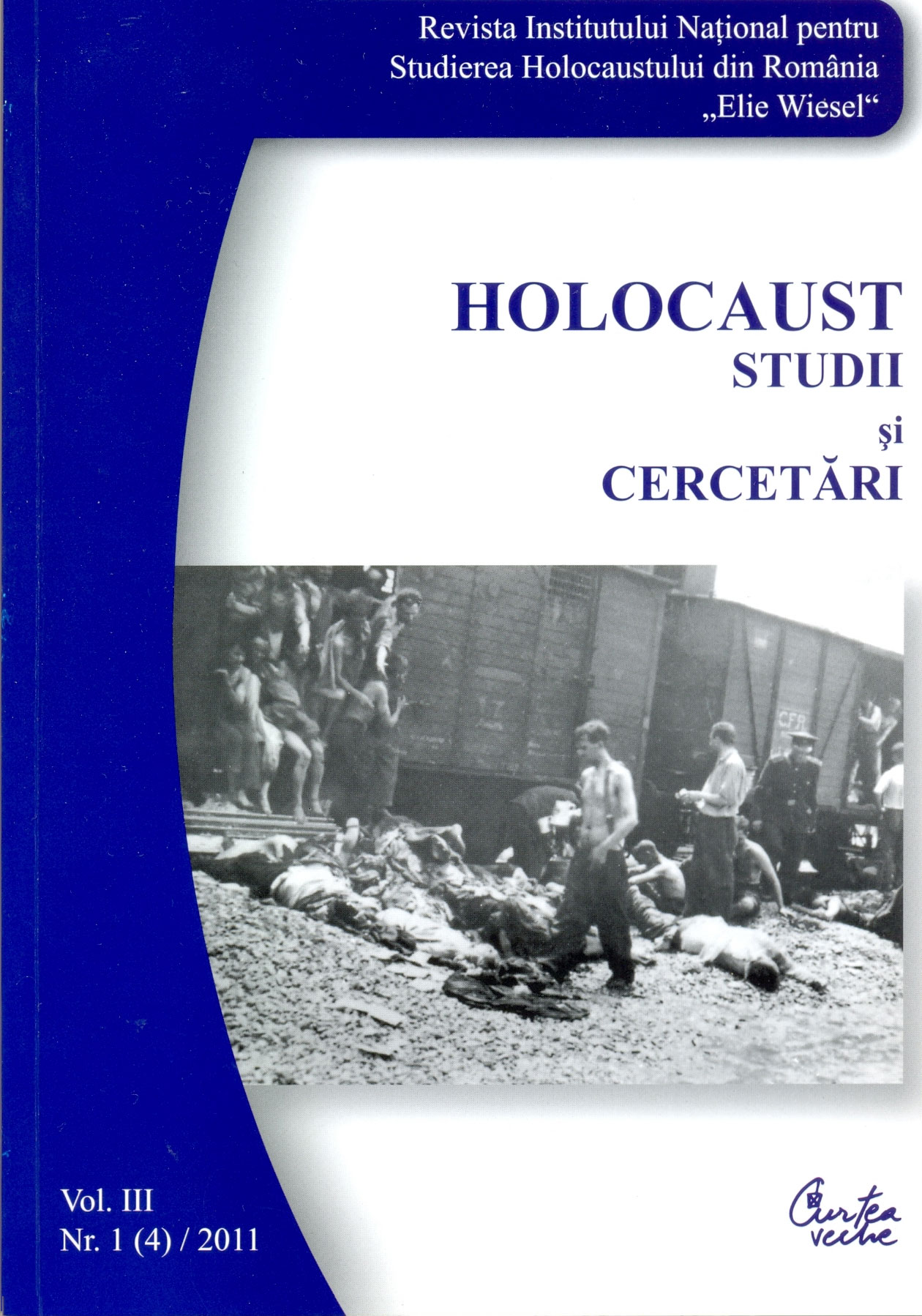 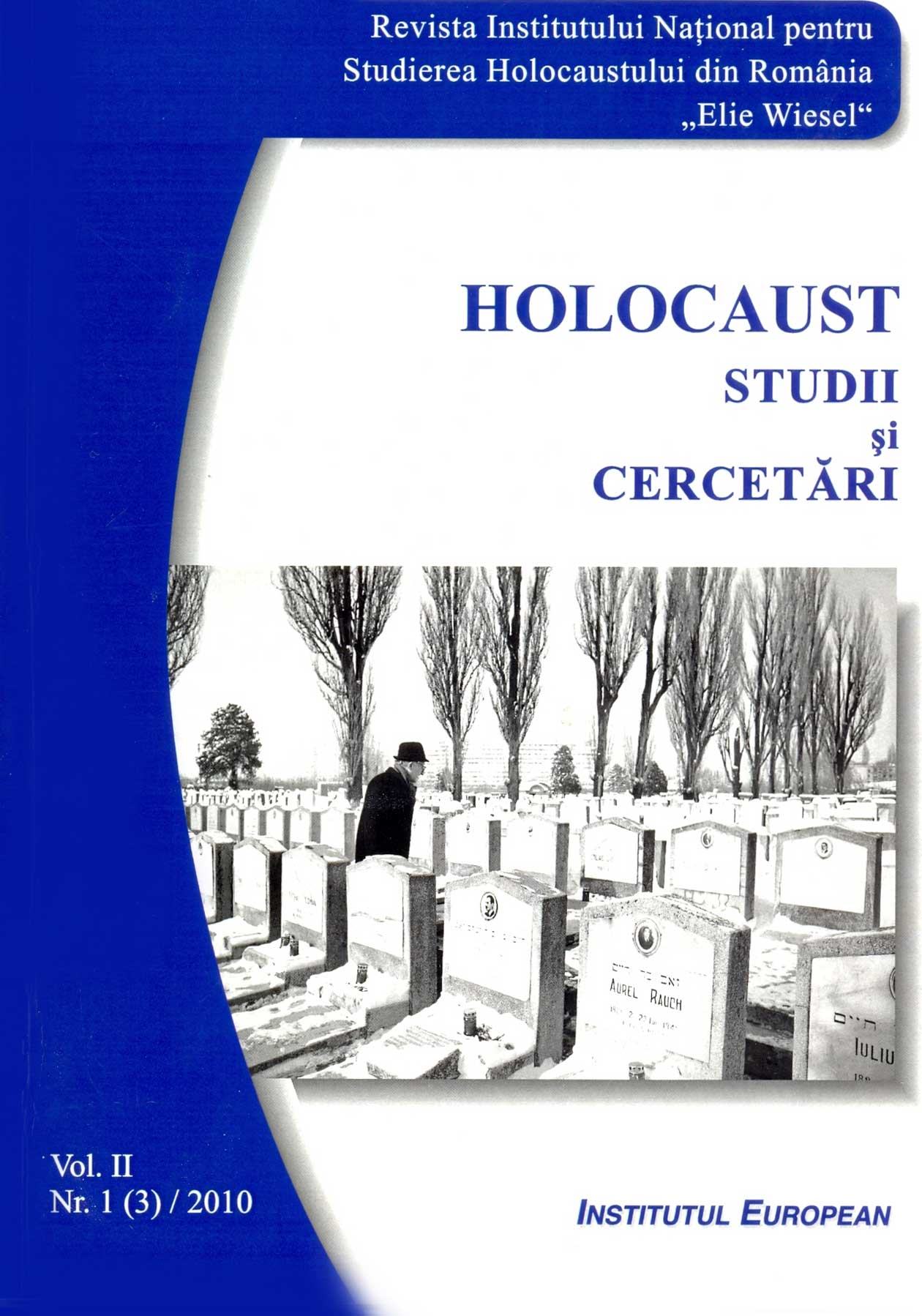 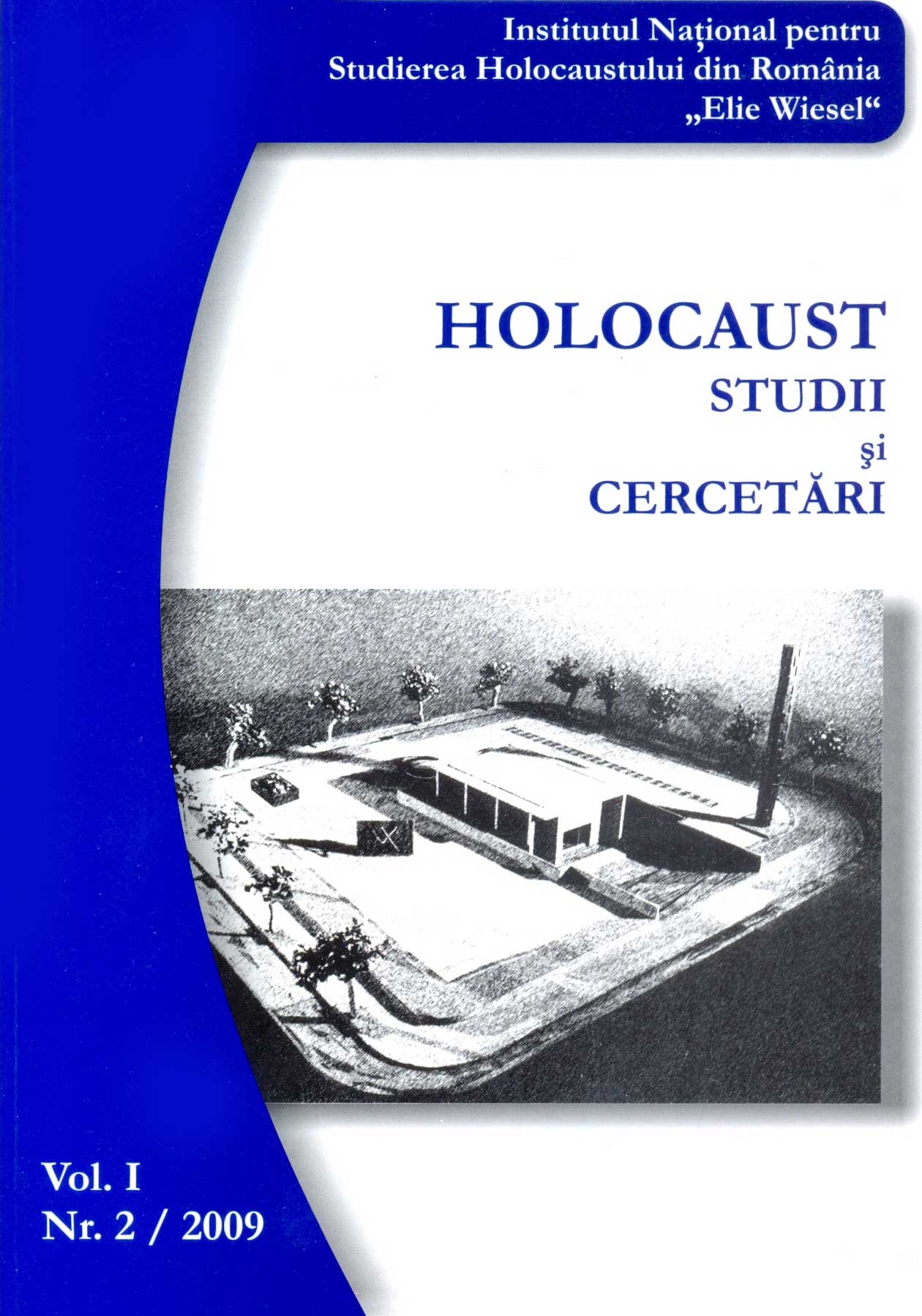 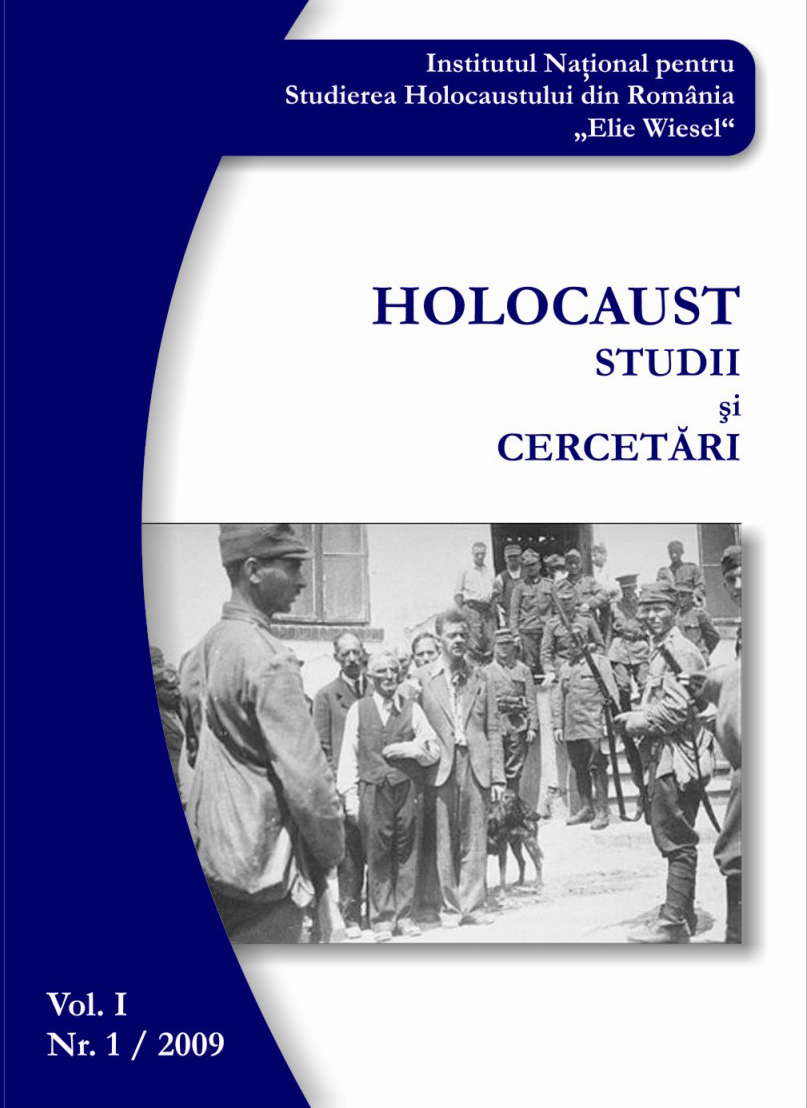 Holocaust. Studii şi cercetări (Holocaust. Study and Research) is an annual peer-reviewed scientific journal dedicated to the publication of academic and scientific research papers on subjects like Holocaust, antisemitism, xenophobia, discrimination etc. “Elie Wiesel” National Institute for Study of the Holocaust in Romania is editing and publishing the journal since 2009. We accept studies and articles circumscribing the domains of history, sociology, political sciences, and philosophy.

Our particular interest is on researches based on archival documents and oral history, case studies and book reviews that address these issues primarily in the Romanian context, but also in the broader European one.

Your submission should be accompanied by the following information:

For any inquiry regarding the Institute`s journal and article submission, you may contact us:
E-mail: revista@inshr-ew.ro
Phone: +40-21-318 09 39

Back To Top
×Close search
Search
×